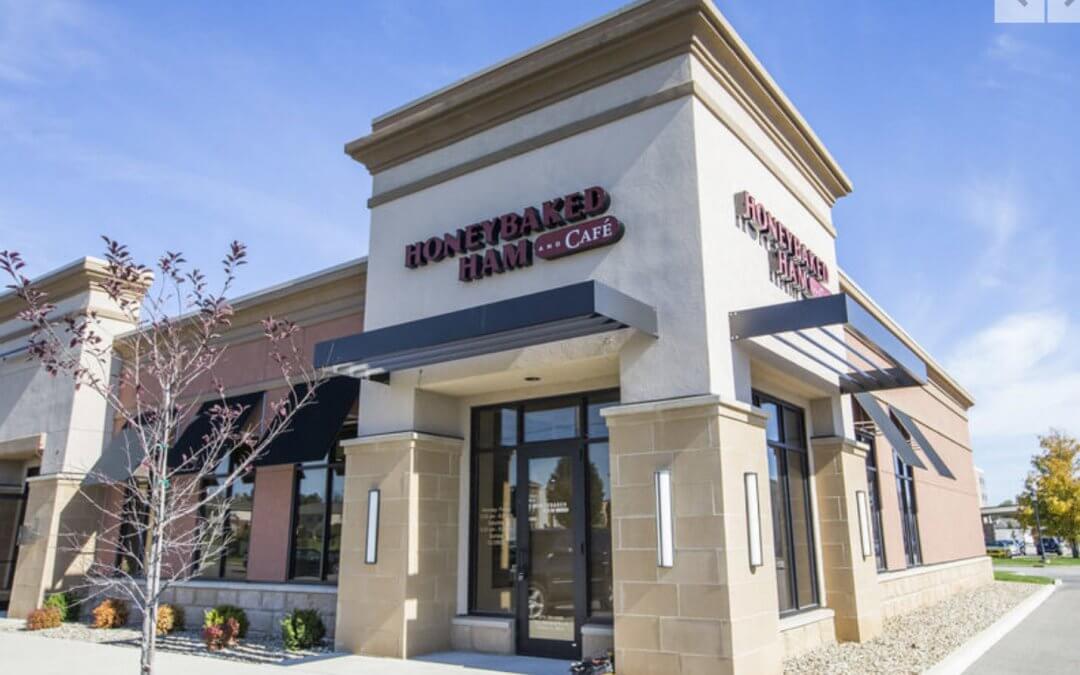 Honeybaked Ham poised for move to Toscana Park in Mishawaka, IN

More than two decades after it opened, Honeybaked Ham is moving from its original location.

Owner LuAnn Smith VanDalsen has been approached about uprooting from the busy corner of Ironwood Drive and Edison Road in South Bend on multiple occasions since she brought the franchise to the area. It wasn’t until this year that she finally decided it was time.

Workers are pushing toward the finish line on construction on a new store at Toscana Park in Mishawaka, off Gumwood Road. Honeybaked Ham will anchor a section that includes Ziker Cleaners. 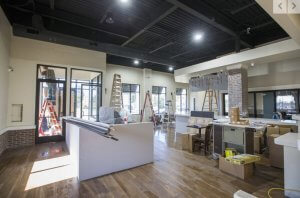 While Smith VanDalsen has been making do with a former Pizza Hut in her current space, this new location is entirely her creation. She designed it along with her daughters.
“It’s kind of like building your dream home,” Smith VanDalsen said this week, while touring the new space. “I’ve been over there for 25 years and I’ve had to get by with this and this didn’t quite work, so we changed it. This is our chance to build it just like we’ve wanted it.”

It’s a vision Smith VanDalsen is eager to see come fully to fruition.

Most everything in the building will be brand-new, from refrigeration units to counter space to a soda dispenser that will have 160-some different flavors. Smith VanDalsen noted a new hood in the glazing area of the kitchen. She said it’ll help churn out around 1,000 hams per day during the holiday season, a number that made this reporter raise his eyebrows.

But moving to Toscana Park isn’t just about more efficient production. Smith VanDalsen sees other advantages, like getting closer to her customer base and creating a more café feel, where people will want to come have lunch and spend some time.

Smith VanDalsen is consistently working to bridge the divide between people that buy hams and sides for family meals and those that stop in for lunch on a regular basis.

In fact, Honeybaked has a full lunch menu. There’s a classic ham sandwich, a turkey bacon ranch, chicken salad and more. Soups and salads are available, plus all sorts of sides. 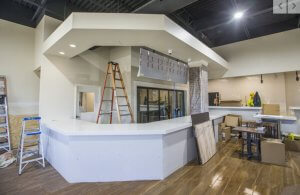 Deli with seating will be available to have lunch and dinner menu options.

The new location will cater to that lunch crowd in the form of more space, first of all. Smith VanDalsen said moving to Toscana Park doubles the store’s size. She’ll be able to seat between 25 and 30 people. Wifi availability encourages customers to hang around.

Smith VanDalsen also sees the area as more connected with people. She said the vast majority have expressed excitement about the move and the hope is being in a busy retail area will help Honeybaked tap into some foot traffic.

“There’s so many people that walk up and down this road,” Smtih VanDalsen said. “They come down to get ice cream. We want them to stop and get a sandwich, stop and get a drink, see what we’re about.”

Work is ongoing at Toscana Park, but Smith VanDalsen is targeting either late this month or the first week of November for opening. 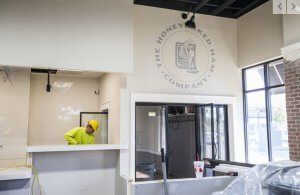 Hours will be 9 a.m. to 6 p.m. Monday through Friday and 10 a.m. to 5 p.m. Saturday. Check back with Market Basket for more details in the coming weeks.  “We’re excited about the store,” Smith VanDalsen said. “We think we’ve brought a pretty building to the community and a place they can come.”  Designed by Ancon Construction and built by Ancon Construction.  Do you have a dream you are ready to make a reality?  If so, the team at Ancon Construction would like to learn more.  Contact us here to begin making  your dream a reality with Ancon Construction.