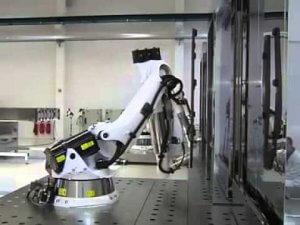 Ancon Construction, premier design|build construction firm, announces another high tech robotics clean room project is underway.  Ancon served as the architect and builder for this project.  Our architectural team collaborated with our client’s engineering team to design a space that is functional, takes into consideration future growth, satisfies HVAC/Humidity/Dust requirements and is aesthetically pleasing.

Our client is a large manufacturing company in South Bend and has asked to remain nameless due to the competitive industry they work in.  Our team was able to identify various value engineering options to save on cost and brought a team of engineer’s vision to reality.  Often times, when working with a larger team a unified vision can be hard to accomplish.  Ancon’s design|build process served to bridge that gap and bring their team together.  Our outside perspective brought clarity and moved the project along 30%-40% faster versus their in-house traditional method. 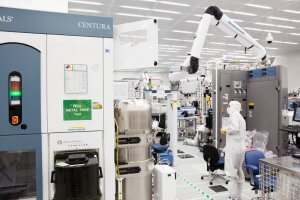 Design has been finished and construction is estimated to take 8 weeks.  In addition to this project, we are also working with Lippert Components on a clean room project as well.

Ancon Construction announced several months ago the plans for the new Ethos Science Center.  Construction has started and we wanted to provide an update.  Check out the drone footage to see the construction in action!  Stay tuned for our next video which will be virtual tour of the outside of the building highlighting all the features!  When completed, this is going to be a treasure for our community.  To learn more about Ethos and the classes in S.T.E.M they offer check out their website HERE.   Got a project you want to talk about?  Click HERE and let’s get it started!