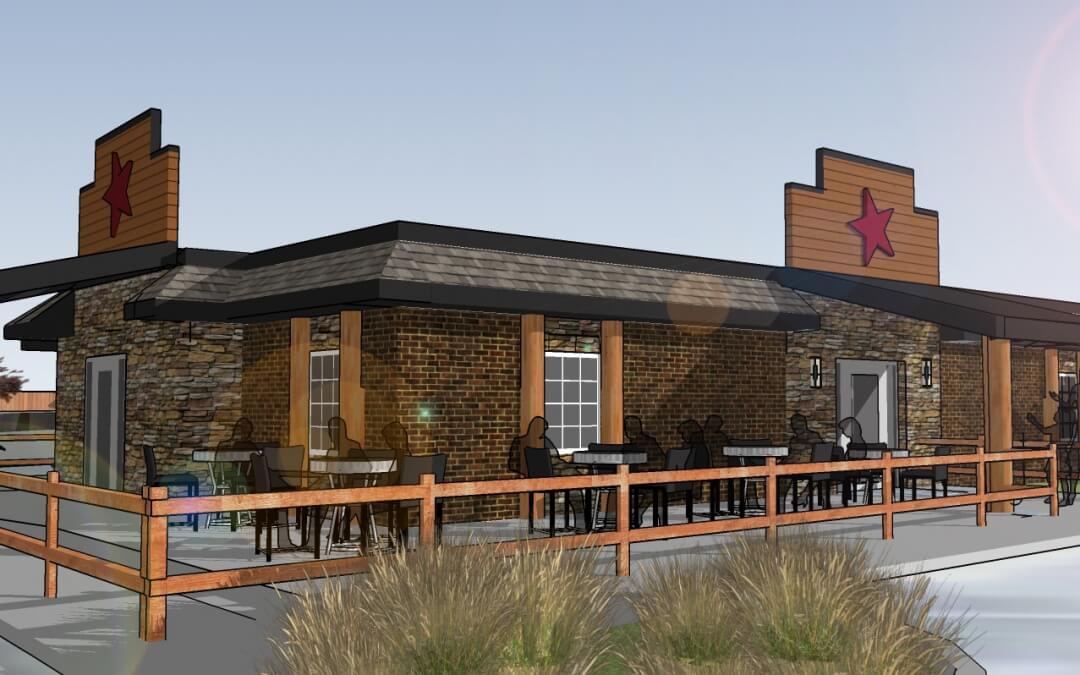 Rod-n-Reel Coffee, Inc., Cabin Coffee Company, and Architect-General Contractor Ancon Construction are excited to announce that work has commenced on a new Cabin Coffee Company franchise location in Goshen.  The coffee shop will be located in the former Key Bank building on Lincoln Way East, just south of Goshen High School.  The project, overseen by Project Manager Todd Stone and Field Superintendent Matt Krause, is expected to be completed in the Fall of 2016.  The coffee shop will feature a Roastin’ House where patrons can watch fresh Arabica gourmet coffee beans being roasted daily.  Other programmatic spaces include a large general dining area, conference room, and outdoor patio area.

Other Cabin Coffee Company locations can be found in Colorado, Georgia, Iowa, Minnesota, and Wisconsin.  The Goshen location, so far, is the only coffee shop in Indiana.

“The Ancon team and franchise owners did a remarkable job designing a façade retrofit of the former Key Bank building which was built in the 1970’s,” explained Ancon Designer Matthew VanSoest.  “The new exterior façade will feature timber details, new entrance canopies, and brick/stone accents which will allow the building to appear more vernacular,” added VanSoest. 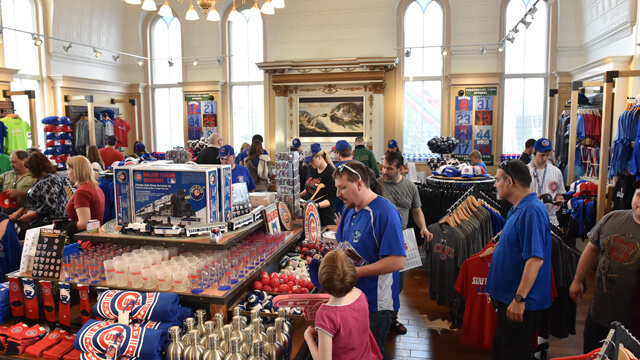 Ancon Construction salutes and commends South Bend Cub team owner Andrew Berlin and President Joe Hart for their compassion and commitment to the team, the fan base, the City of South Bend, and the Michiana region.  Ancon is proud to play a small role in the success thus far with building projects such as the Tiki Hut, the Performance Center, and other numerous projects throughout the baseball campus.

Here is what South Bend Cubs President Joe Hart is saying about Ancon Construction: “We’ve worked with Ancon in the past; we knew they could get it done. They’re great communicators and are there every step of the way. I have nothing but great things to say about Ancon. I get a lot better sleep at night knowing that Ancon is on the project. When they said they were going to do something, they did it. Not only have I worked with them on projects from a business standpoint, I have become friends with people over there too. They are people I would go and socialize with outside of a project, which says a lot about their character. I felt like they were part of our staff because the understood how important this project was to us and the community. They wanted to make sure that they did themselves proud, us proud, and ultimately the community proud.”

Construction is underway on a new 9,000 sqft retail center on Main Street in Mishawaka, just north of Edison Lakes Parkway.  The Shoppes at Edison Lakes, overseen by Project Manager Sean Welty and Field Superintendent Doug Bender, is anticipated to be complete towards the end of September.  Potbelly Sandwich Shop is expected to be the first tenant space which will be built out and ready when the retail center building is complete.

“Ancon is thrilled to add yet another retail project to our portfolio”, explains Ancon Designer Matthew VanSoest.  “Ancon has played a major role in the construction of the Main Street and Grape Road Corridors since those thoroughfares really took off through development in the 90’s. This new retail center will add to the development that Mishawaka is currently experiencing along Main Street – between Edison Lakes Parkway and Douglas Road.” 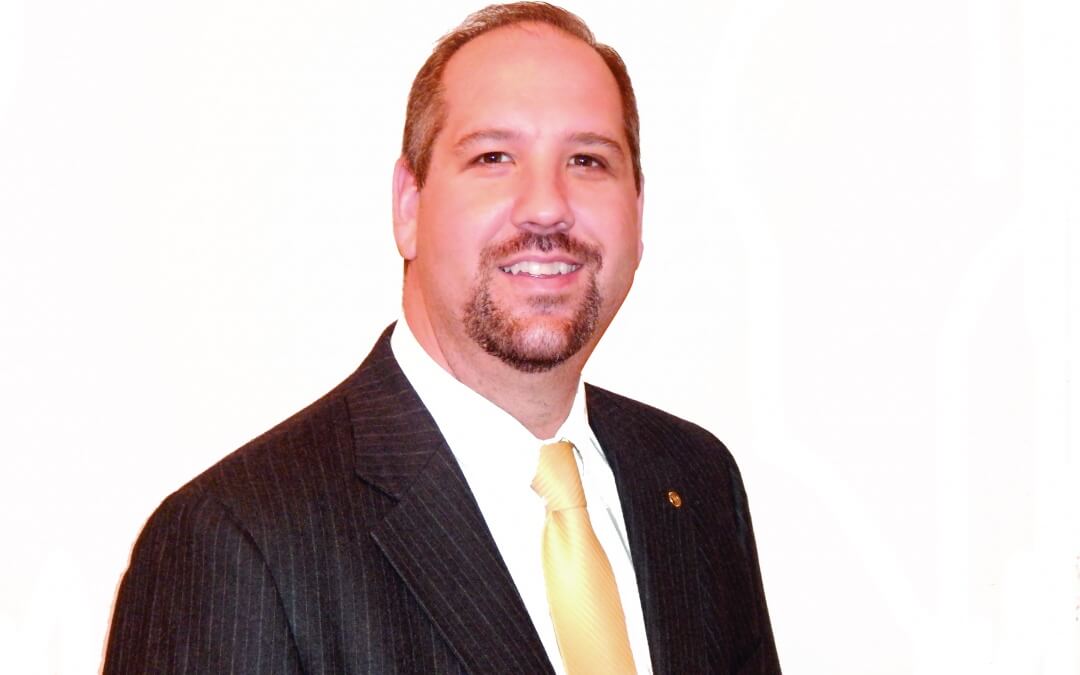 Ryan, who resides in South Bend with his wife Amy has three children.  He is currently President of Building Owners and Managers Association (BOMA) South Bend, Secretary of South Bend Alumni Association, and Active Rotarian.

When asked “Why the career move to Ancon?”  Ryan’s response is this – “I smile every time people ask me, “Why did you go to work for Ancon”?  I smile because I have been recommending Ancon Construction to businesses and institutions for the past ten years while I was working in the custom sign manufacturing industry.  Signs are a product that Ancon sometimes supplies for their customers so I had the privilege to work with Ancon over the last 10 years where I have gotten to know the people, the culture and their integrity.  When I was approached by Ancon to discuss the open position everything felt comfortable and very organic.  The driving factor was the people that Ancon has in place and the support they provide me.  That solid foundation, pardon the construction pun, gives me the confidence to do what I do best and reach my maximum potential.  Community is very important to me and Ancon, and all the employees, are heavily involved in all the surrounding counties.

My thought when it came down to letting Ancon know if I was coming aboard boiled down to this – I have been referring them for 10 years, I respect the company, culture and the way they do business.  Why would I not want to surround myself with high level people who care and have a culture that encourages success?  I smile, because in the end it was a no brainer 10 years in the making…”. 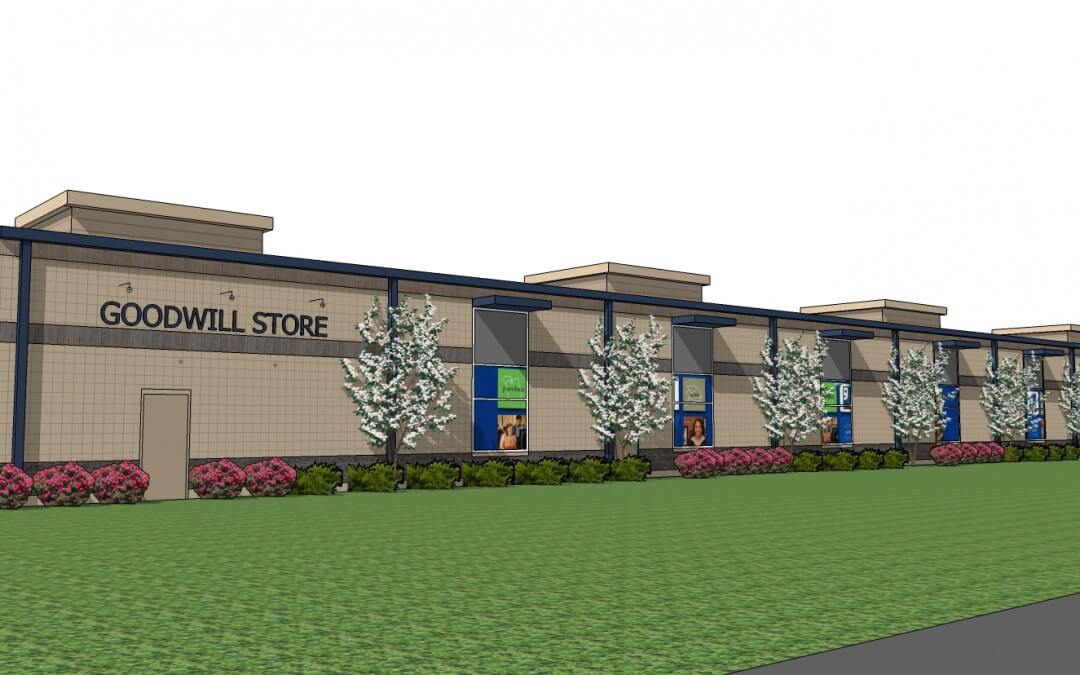 Ancon and Goodwill Industries of Michiana are excited to partner on a new Goodwill Store and Career Center near Concord Mall.  The new store is in the same shopping center as the planned Martin’s Super Markets store.  Work is set to commence this week.

The Goodwill Store and Career Center, designed and to be built by Ancon, will be overseen by Project Manager Doug VonGunten and Field Superintendent Chris Cormican and is expected to be complete towards the end of October.

Debie Coble – President and CEO of Goodwill Industries of Michiana reflected on her experience thus far with Ancon by stating: “Ancon has been there for Goodwill. Goodwill knows that Ancon will deliver as promised. They listen to what we want, and are very good about giving suggestions on ways that we can improve our buildings, while leaving the decision up to Goodwill. It’s the building we want, but with their expertise it’s the building we need. Having Ancon as our partner on our building projects, I don’t have to worry.”